​Results for Grignard reaction:
•The theoretical yield for the Grignard reaction was 1.3092 g of 1-(4-methoxyphenyl)-3-buten-1-ol, while the actual yield turned out to be 0.7861 g.  Therefore, the percent yield was calculated to be 60%.
After the reaction was complete and the product was purified, a proton NMR was taken of the 1-(4-methoxyphenyl)-3-buten-1-ol. The NMR shows that the product made was pure. 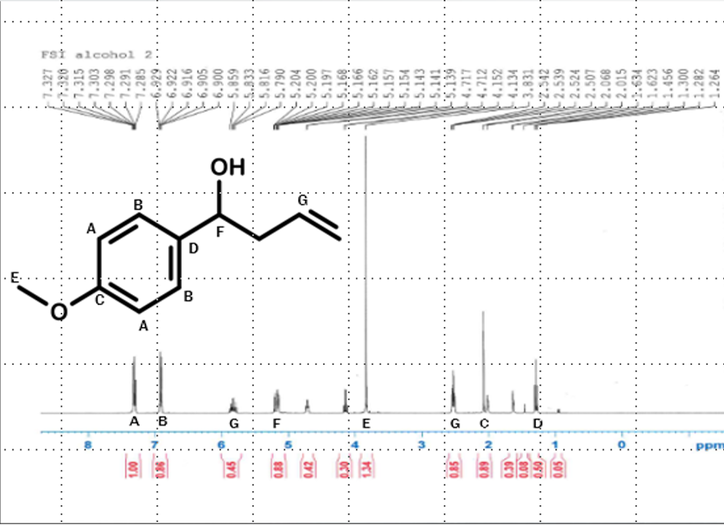 H-NMR scan indicating that the alcohol from the grignard reaction formed in the process​.
​Results for oxidation reaction:
•The theoretical yield for the oxidation reaction was 0.7771 g of 1-(4-Methoxyphenyl)-3-buten-1-one, while the actual yield was massed out to 0.6635 g. From this data, the percent yield was determined to be 75%.
Once the reaction had finished and the end product isolated, another proton NMR was taken, this time of the 1-(4-methoxyphenyl)-3-buten-1-one. This NMR also shows the compound to be fairly pure. 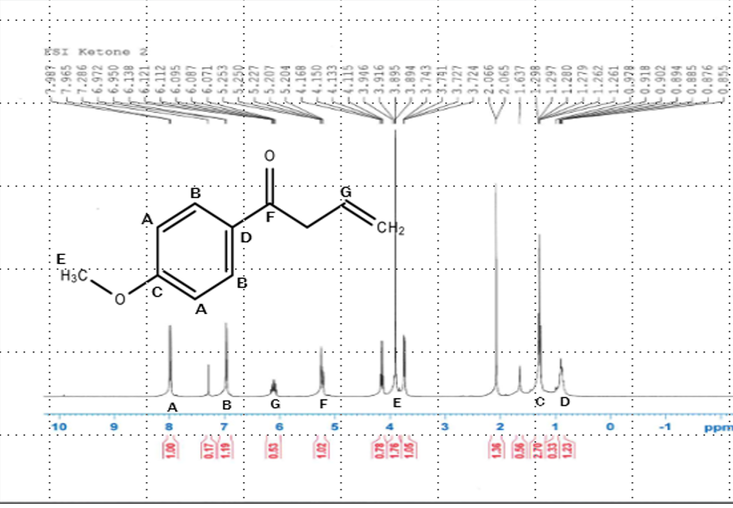 .H-NMR scan of ketone after oxidation reaction. Shows that a ketone was actually formed and the base for the isoxazole ring has started to form.
​Results for oxime reaction:
•It was determined that the theoretical yield for the oxime reaction was 0.5818 g of (IE)-N-hydroxy-1-(4-methoxyphenyl)-3-buten-1-imine. The actual yield of the product was 0.4997 g, yielding 86% product.
•The oxime was filtered and purified, and a proton NMR was taken. The results showed the oxime to be pure as well. 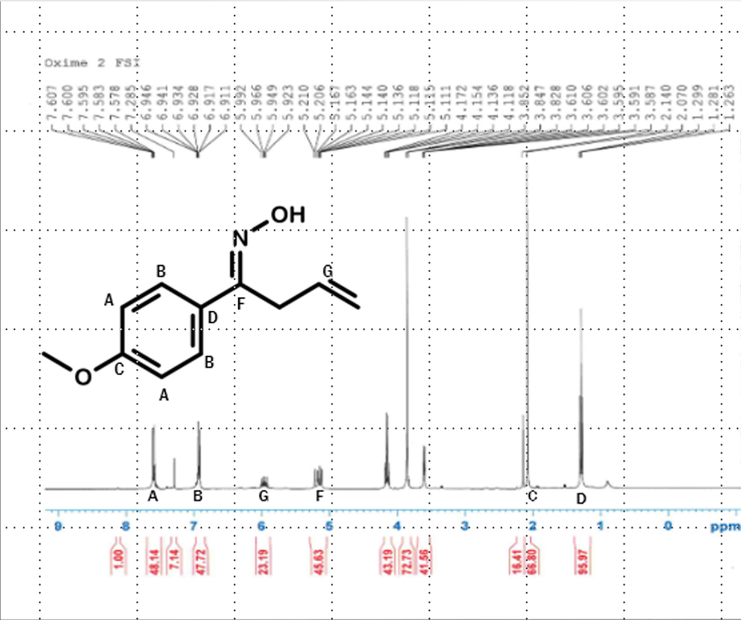 H-NMR scan after oxime reaction indicating that a pure form of the oxime was created indicating that it can be oxidized and that the isoxazole ring has continued to build meaning it can be completed.
​Results for nickel (II) synthesis:
•The theoretical yield for the nickel synthesis was 0.153 g of the nickel-based 3,5-Disubstituted ∆2-isoxazoline, while the actual yield was 0.1098 g. The percent yield, therefore, was 72%. (However the reason the yield was so high was because of the solvent still left in the solution)
•After the isoxazoline was purified, a proton NMR was taken of it, and the results showed that little product had actually been made. 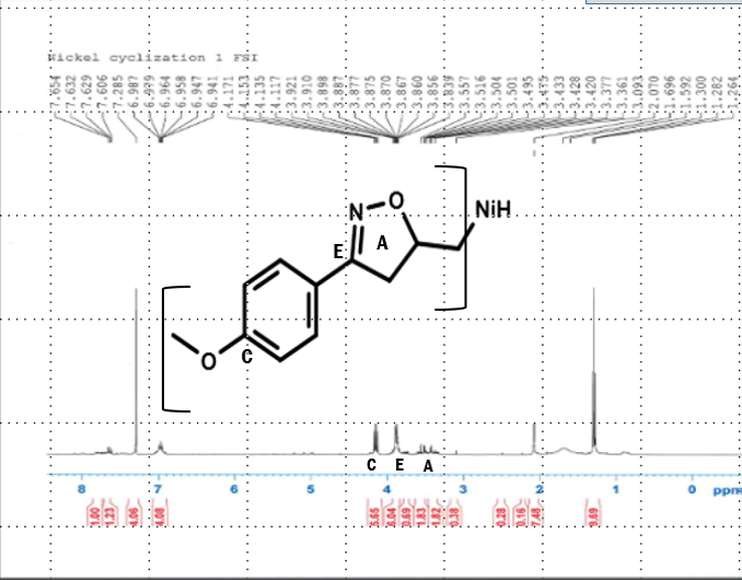 H-NMR of nickel-catalyzed isoxazoline showing that the nickel did not form the isoxazole ring as strong as expected indicating that it did form but not as well as other metalloids have.
​Results for palladium (II) synthesis:
•The theoretical yield for the palladium synthesis was o.1796 g of the palladium-based 3,5-Disubstituted ∆2-isoxazoline, while the actual yield was 0.0796 g, yielding 44% product. 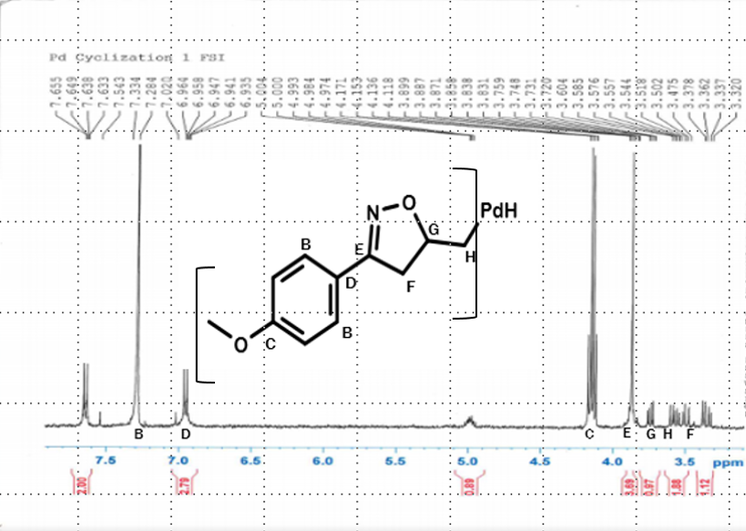 H-NMR of palladium-catalyzed isoxazoline indicating that the isoxazole ring actually formed and it formed stronger than than the nickel did.